Welcome to the pages of truth and imagination….

Kicking the Can Down the Road

MY DAD NEVER LIVED long enough to see me graduate from high school. The one, of two people, I wanted to see me graduate left this world just four months before I walked across the stage with my head in full bandages from a major surgery. There was a standing ovation. I didn’t want one. The one I wanted to be there wasn’t there. I had no reason to celebrate, I wanted only to collect my diploma and move on.

I learned to wash my face in the morning dew and let my tears come down when no one else could see them fall. That inner voice whispered to me at times like this, “Real men don’t cry.” There’s a sliver of truth to that statement. Just a sliver.

Not all that long later, after six years in a coma, and succumbing to her head injuries, my mother left, too.

I was too young to lose a father, and too old to gain a new one. You are always too young to lose your mother. Her medical expenses exceeded one-million dollars, $14,000 a month. We lost all our property. The car business, the junkyard, the land and the woodlot and much more. There was no hope for me to carry on the family business. The laws changed since then, but people still lose and lose big when catastrophic events slams into their lives like a F5 super tornado.

I had to move on and moving on wasn’t always an easy thing to do. You pick up the pieces and if there’s no pieces to pick up you move on anyway because standing still won’t get you anywhere. Every time I saw a light at the end of the tunnel it was always a fast-moving freight train. I used to mention that so much it became folklore.

One of the many things my dad had told me before he died was, “Any man can make a mistake, no man ought to make the same mistake twice.”

speeches and campaigning advertisement. He was a New York State Senator.

His political blood runs through my veins. It pumps through my heart, relinquishes my shyness and replenishes my soul.

As much as I tried to stick to that advice, never making the same mistake twice, I have failed miserably many times and repeated the mistakes, sometimes more times than I care to remember.

I guess I had it confused with another thing my dad used to tell me, “You are not a failure until you stop trying to succeed.” Maybe I tried succeeding too many times on the same thing.

Well, as I come to the road that leads to the end of my journey I have not deviated from that piece of wisdom even once. Maybe I should have. Maybe I should have given up before I set out in such a long, winding road full of obstacles, potholes, foxholes, snags, snakes, booby-traps and snipers.

The two people I never wanted to let down were my mom and dad. They were my best friends. I didn’t know another kid who had his parents as his best friends.

I remember telling myself that I let my mom and dad down more times that it rained on a cloud-covered day in the springtime of life.

It seemed I hung around so long that rain turned to freezing ice and the man upstairs skipped summer all together until the cold hard snows of winter came with the chilling Northeastern winds.

I guess that’s why I moved to Vegas, eventually, because the New York snows were too cold for the soul and I wound up in the Mojave Desert where it never gets that cold.

Mom’s Smith-Corona, my first writing tool after the pen.

I was supposed to become a writer but writing was impossible. Mom’s old Smith-Corona didn’t have spell check or grammar check, either. And a boy who everybody thought was shy because he couldn’t hear and mispronounced so many words that he never heard right to learn them right and they thought he was dumb because he couldn’t talk right, write right or do anything else right.

I graduated with those red circles around my grades meaning he get’s a gentleman’s passing grade only because he’s a nice guy and didn’t disrupt class. Truth is I didn’t have a clue what anybody was saying and spent my time daydreaming and writing stories in my head. And I get into college for one sole reason, they needed the money.

The first story I ever wrote I got an A+ on. It was the only thing I ever got anything above a C with a red circle. I was probably 9 years old or so and Mom let me do something that nobody ever done before. She let me take a good encyclopedia and cut the pictures out so I could use them for graphics. She played secretary and helped with the typing of the final draft. How she was able to read the manuscript was beyond me. But she did. Then she helped me staple the world’s finest graphic art to the copy so it looked so professional even I was proud, a perfectionist even at that age.

Most Shy Award, They thought I was shy….

I never had to worry about anybody stealing my writing because nobody could read it, including myself.

Out of the ashes and ruins of life I picked myself up and started over again I can’t remember how many times I have done that.

Each time the roller coaster soared to new heights, and pretty soon I learned that only meant it was farther to fall when you hit bottom again. I’ve lived in million-dollar homes and I’ve lived in the ghetto.

I’ve driven in the fast lane, the slow lane and the broken-down lane and I’ve crashed into the wall that GPS said wasn’t there.

I’ve walked across bridges and I felt those bridges break in two finding myself swimming out of a place that was lower than bottom, something called the bottomless pit. When you travel the right roads you learn something new you didn’t know before.

The sands of time are running out and everybody calls for change, but nothing’s changed since the spring of my life and now I’m in the winter of it, everything remains the same… everything. Still, they’re calling for the same old change.

It seemed on the way up there was always a higher place to soar and on the way down a new low I’d never been before.

I’ve rubbed elbow with the rich and famous, sat with them and chatted up a mutual storm. I’ve slept in ditches and on pieces of cardboard on dirty, newspaper strewn sidewalks alongside America’s most poor, including the combat vets that never left the war-–at least in their minds.

After a while even a good spirited kid’s mind gets harden and meanness pumps through the veins like a junkyard dog. I grew up in a junkyard, so I have sovereign rights to that meanest I suppose.

After a while you stop thinking about yourself and start realizing material things don’t matter anymore, there’s something more valuable in life than material things and that’s life itself and the life of others.

Rather the Jones pull ten big bass from the river and you pull none doesn’t matter one bit to the guy who has his hand out to collect the boat rental fee, he gets paid just the same.

Some people read the Bible, some read Steinbeck’s The Grapes of Wrath and for some the

Bible is their wrath and for others the wrath is their Bible.

Most of us get into the blame game until we understand the blame usually lies within the one doing the blaming.

Any man can make a mistake, no man ought to make the same mistake twice.

You’re not a failure until you stop trying to succeed.

A good drunk, a hard wall to throw things against and loud music so the neighbors can’t hear you going nuts won’t accomplish anything other than maybe the satisfaction to the fact you contributed to the rich man’s profit, the one who was smart enough to be in the booze-selling business where the rich get richer and poor get poorer. The rich selling to the poor. Not necessarily economical, but ideological.

Funny thing is, I’ve seen plenty of poor men get rich in my life and once they got rich they did not remembered the poor, either.

That reminds me of a little story, a true one, too. It was back in New York, in a pool hall. This guy named Al came in. Kory was already there. When Al saw Kory, a man he owed a sizable amount of money too, he said, “I didn’t forget you.” Kory said, “And you didn’t remember me, either.” And it was true, he didn’t.

Money and wealth has something to do with the spoils of man. Greed has a way of destroying the soul.

When I die if there isn’t success there is satisfaction and that is my babies won’t be swimming in some shark infested ocean when his ship gets blown apart during war at sea, dying in some hellhole place like Nam because his unit ran out of ammunition and his government didn’t give him enough men to fight the fight or being stoned to death in some far off land like the Middle East because she was speaking to a boy of Christian loyalty, and was condemned by some barbarian ideology that existed before the dark days of the cavemen. I won’t miss my kids graduation because I died too soon, either. The next generation never got to carry the torch because I put that torch where it belonged. Out.

I was the one who was supposed to die and my brother died instead.

I’m still kicking the can down the road on that one.

And I’ll probably kick it a lot farther down the road before I’m done. Somebody’s always leaving.

My entire purpose is gone. Those who I wanted to see my stories are all gone. It seems someone was always leaving. I procrastinated too long. There’s no time better than today to get it done, but I always delayed, wanting to know it was perfect, not one single flaw.

Trouble is the world passed me by while I was waiting for everything to be perfect. A perfectionist I am. There’s nobody in the audience that I wanted to be there, save one.

Ashes will become ashes and dust will become dust and the cold hard winds will howl like the voices from the forest and mountains and the whispering pines will continue on with their whispering that nobody listens to.

One Comment on “Kicking the Can Down the Road”

Welcome to the pages of truth and imagination…. 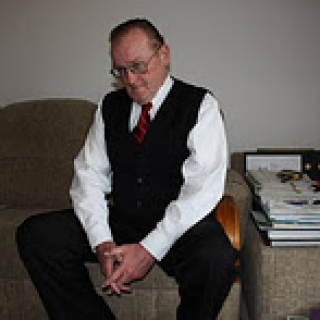 I am a fiction & nonfiction writer, blogger, photographer, and researcher. I am also a humanitarian, female & human rights activist & advocate for the homeless. I'm a Consumer advocate and write about consumer economics and survival. I am a published author with an expanding content library. I hope you join me for the adventure.

My Community of Fans